Lamentation on the Dead Christ

The Lamentation on the Dead Christ was carved by Bartolomé Ordóñez around 1517-18, at an early period of his creation, as he began to design the choir-stalls of Barcelona Cathedral.
The expressive walnut wood carving recalled the poetic atmosphere of the stories of the Passion which Donatello had created for the two pulpits of the church of San Lorenzo in Florence. In order to render the delicate stiacciato of this Lamentation, Ordóñez treated the surface of the walnut as if it were a block of stone and kept the roughness of the wood grain visible.
Along with Diego de Siloe, Bartolomé Ordóñez undoubtedly was a leader of Spanish Renaissance, one of the richest artistic periods of Spain. 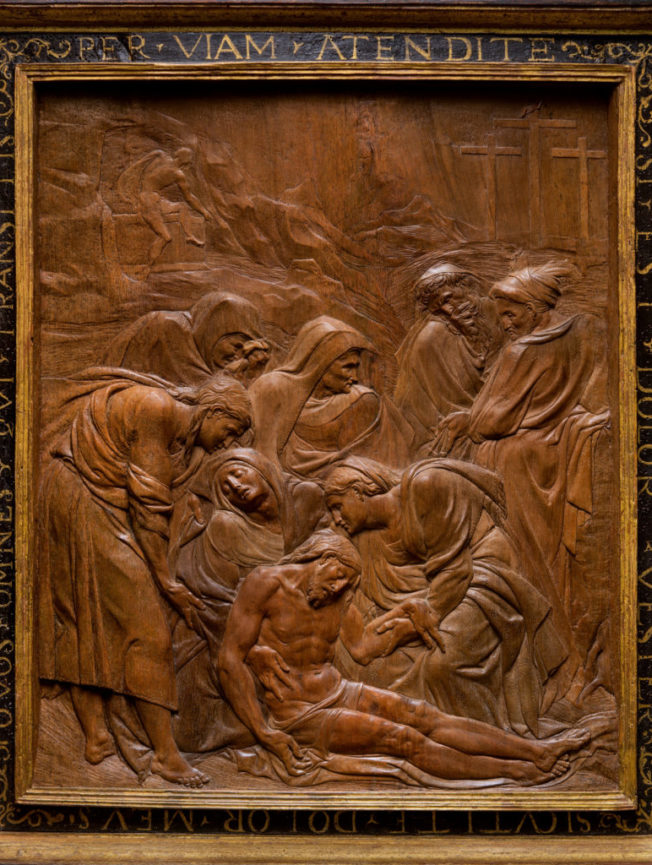 LAMENTATION  ON THE  DEAD CHRIST